Enrico Bonadio is a reader in Intellectual Property Law at The City Law School in London.

He holds law degrees from the University of Florence (Ph.D.) and the University of Pisa (LLB), and is Associate Editor and Intellectual Property Correspondent of the European Journal of Risk Regulation as well as a member of the Editorial Board of NUART Journal.

His current research agenda focuses on copyright protection of unconventional forms of expression, including graffiti and street art. Enrico has recently co-edited the book “Non-Conventional Copyright – Do New and Non-Traditional Works Deserve Protection?” (together with Nicola Lucchi, Elgar 2018); and edited the “Cambridge Handbook of Copyright in Street Art and Graffiti” (Cambridge University Press, 2019).

Enrico is also researching on IP protection of AI and robotics: he is part of a consortium that has been awarded funding by the EU as part of Horizon2020 to assess the area of interactive robots in society (INBOTS project). He also recently authored a report on Standard Essential Patents and the Internet of Things (commissioned by the European Parliament). Enrico has been awarded grant funding for other projects, including substantial grants from the ESRC, HEIF, the UK Global Challenges Research Fund, and the Australian Research Council.

He has also done academic work on academic innovation, geographical indications in the global market, digital copyright and free speech, exhaustion of IP rights and parallel imports, morality, and IP, patentability of human embryonic stem cells and patents, and food safety. He co-edited a book entitled “Beyond Plain Packaging – The New Intellectual Property of Health” (together with Alberto Alemanno, Elgar, 2016). In 2013 he received the ECTA Award for the Best Paper in Trademark Law (plain packaging of tobacco products under European intellectual property law). He also published a book on TRIPS Agreement and genetic resources (Jovene, 2008).

Enrico is Visiting Professor at Université Catholique de Lyon and visiting lecturer at the WIPO LLMs in Turin (Italy), Ankara (Turkey), and Shanghai (China). He has been Visiting Scholar at the University of Melbourne (2013), CUNY Law School (New York, 2016), University of Tel Aviv (2018 and 2019) as well as Hokkaido University (2019), and Keio University (2019) in Japan.

Enrico has been delivering classes and talks in more than 100 universities and institutions around the world (including John Marshall Law School in Chicago, University of Oxford, University of Cambridge, University of Windsor in Canada, University of La Havana) and frequently appears in the media as an IP expert. His research has been covered by CNN, Wall Street Journal, Washington Post, New York Times, Reuters, BBC, The Times, Independent and The Conversation, amongst other media outlets.

He is a Solicitor qualified to practice in England and Wales as well as in Italy. Enrico practiced as IP attorney for several years in top-tier international law firms. He also regularly joins training and technical assistance missions organized by WIPO.

He is a member of ATRIP (International Association for the Advancement of Teaching and Research in Intellectual Property), BLACA (British Literary and Artistic Copyright Association), and The Law Society of England and Wales.

Nick Pozek
Nick Pozek is a strategic advisor, futurist, and humanitarian with over a decade of experience leading ambitious projects and cross-disciplinary teams. Nick has pioneered new models for engaging global communities, developed strategic cross-sector partnerships, and championed innovation in a variety of organizations.
Recent Posts 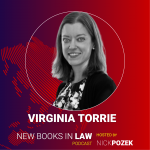