On September 9, 2020, Nick Pozek served as a commentator in the European Society of International Law’s workshop 15 years of the Convention for the Protection and Promotion of the Diversity of Cultural Expressions and Lessons for New Ways of International Law-Making: Actors, Processes, Impact.

The Convention for the Protection and the Promotion of the Diversity of Cultural Expressions (the Convention) was adopted at the UNESCO General Conference in 2005. Its main objective is to reaffirm States’ “sovereign right to formulate and implement their cultural policies and to adopt measures to protect and promote the diversity of cultural expressions and to strengthen international cooperation to achieve [its purposes]” while recognizing “the distinctive nature of cultural… goods and services as vehicles of identity, values and meaning.” Today, the Convention has 149 Parties, including 148 States and one regional organization (the European Union). The practice of this treaty over the last 15 years offers several valuable insights as to the present-day ways of international law-making.

Convened by the Interest Group on International Law of Culture, papers in the workshop explored the unprecedented challenges that new models of intellectual property, emerging technologies, and the global COVID-19 pandemic have placed on the framework of the Convention, and to examine its role as we move further into the 21st century. 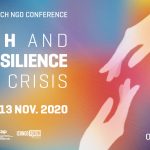