Read the article in RISK eNews

Cultural organizations are laden with an array of responsibilities and opportunities. Arts administrators, curators, patrons, and artists often find themselves on the front lines of a struggle over images, ideas, culture, and identity. Operations can grind to a halt when an unforeseen controversy erupts into a crisis. The crisis may emerge as media coverage that questions the morality or suitability of work for public consumption, and interrogates the judgment of your institution for choosing to present the work. From there, open letters by prominent activists calling for the removal or censorship of a work, sign-wielding protestors encircling your facilities, or even threats of violence can disrupt even the most resolved institution.

Thankfully, not all controversies are of the same magnitude. Some are anticipated, even welcomed, for new and challenging works, while others might seem to come from left field. But often the same practices and protocols can be observed.

Controversy is not necessarily a crisis. We often invite controversy. If handled thoughtfully, it can serve as a platform for critical discussion. It is an opportunity for your institution and your community to participate in a discourse and connect. Controversy arises out of a disagreement over priorities, values, significance, and meaning—topics that, when discussed with their stakeholders, can prove insightful for any institution. In this sense, the controversy and your response provide an opportunity to further your mission.

What Are Controversial Works And Why Are They Important?

Controversial works can provide an entry point to explore an issue from a new angle. They can give voice to an underrepresented or alternative viewpoint that challenges the status quo. They may probe our cultural boundaries and can illuminate topics that might be difficult to tackle in other forms of communication.

Creative works can frame issues in surprising and multifaceted ways. Some works are truly multivalent—they offer the viewer or listener abundant opportunity to bring their own meaning to the work. The work serves as a subjective experience for the viewer and creates a transcultural exchange of ideas. The experience can be an enriching and transformative one for the viewer. However, organizations run the risk that, if the handled incorrectly, the viewer may extract only the most negative interpretation of the work and be offended by it.

Bear in mind that a controversy may erupt more out of the cultural and political environment, rather than the specific intention of the work. Sometimes a controversy may not stem from the work at all but may be instigated by activists to draw attention to their cause. Seemingly mundane subjects can take an organization by surprise; or, an issue previously thought to be a dependable for controversy may turn out to be unsurprising, and fizzle.

Your organization may be treading into controversial areas intentionally, as a part of your work and your mission. Presenting new works that challenge existing modes of thinking, or presenting issues in a new light, are bound to generate disagreements—which is an important contribution. Controversy isn’t categorically bad—those who are close to the work understand this and might even relish the plurality of opinions generated by a work. But for those who aren’t prepared, controversy can seem synonymous with scandal, and all the attention that a controversial work receives may seem like a crisis, rather than a gift.

Preparing For And Managing Controversy

Develop standard operating procedures. When an issue arises, who should take the call from the press? Think about the channels for communication and each potential contact-point for the public. Think also about unofficial or informal representatives for your organization—especially those that might be excluded from ‘all staff’ communications—such as organization-wide meetings or internal mailing lists. How do you provide talking points or a script? How quickly can you communicate the scope of the issue to your internal and external stakeholders?

Here are steps that every risk manager can apply:

When a controversy is recognized, it is important to set a baseline through a public statement (e.g., in support of artistic expression and free speech protections). This statement clarifies your position and anchors your activity.

Prepare staff in advance of programs and events, especially public programs. While these situations can offer opportunities for rich discussion and debate, it’s easy for the conversation to be hijacked by grandstanders looking for a soapbox. Consider creating a program that actively engages the issue that is at the center of the controversy. Offering a safe space for listening, feedback, and conversation provides an opportunity for communities on all sides of an issue to feel heard, while limiting the degree to which the most vocal zealot may feel a need to shoehorn these topics into the Q&A portion of an unrelated program. If there is going to be an open forum for discussion, consider ways that it will offer opportunities for a broad representation of opinions.

I can’t emphasize this enough: prepare any staff that might interface with visitors and audience members with brief talking points. Make sure that they are aware of which aspects of the work and its reception that can discuss and which they should avoid. Consider the scope of audience-interfacing staff broadly. Beyond your community outreach staff, you should consider docents, ticket sales staff, ushers, daytime custodial staff and even security guards. Often visitors might look to anyone wearing a uniform for direction and information.

Always discuss modifications with the artist. Making changes to the work without the consent of the artist will only deepen the crisis by presenting a set of ethical and legal issues. Be sure that you are able to express, as much as possible, a shared agreement about the modifications. You want to be able to say: “We worked closely with the artist to find an appropriate solution while maintaining the integrity of the work.”

At the same time, the artist may see the controversial reception to the work as essential. Making any changes to the work could be seen as censoring the artist. In this case, consider ways to manage audience expectations. You can provide information on your website, prepare your ticket sales staff with a one or two sentence statement about the work in jargon-free language and/or install signage on site. If you provide opportunities for audiences to mentally prepare for a work, they are less likely to have sudden negative responses to it.

While you can take precautions to mitigate the negative effects of a controversial work, your organization also has an obligation to present the work in a way that preserves the artist’s intent. Instead of trying to “shut down” the controversy, use it to initiate a broader conversation. A risk-aware controversy, well managed, might be one of your best tools for innovative practices. By facilitating an open dialogue, you can serve your mission and deepen your connection with your communities. 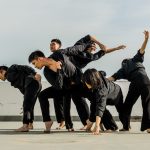